If there's one thing we love to do here at New York Xperimental, it's definitely gaming!

So you can imagine how thrilled we were to get the chance to work with Ariah Studios (and make prototype dice!) for a fantastic game that hit Kickstarter this week: Deck Box Dungeons!

Now, we're not just fans of this game because we had the unique opportunity to watch it all come together. On the contrary, we had the chance to playtest Deck Box Dungeons in it's development stages, quickly became addicted to this fast-paced adventure game, and we couldn't WAIT for it to hit Kickstarter and come to life!

The game itself is portable (fits in a Deck Box) and plays along with an app that would already be on your phone. With stunning artwork, endless replayability and loads of different encounters, you'll want to get your own copy--it definitely stands apart from any other games currently on the market.

Zeke Walker established Ariah Studios to create web and mobile games. After switching jobs to work full time on video games, he started work on some board games with his co-workers Majdi Badri (Co-Designer/ Writer) and artist Jordan Cuffie. Ariah Studios describes Deck Box Dungeons as "a fantasy themed dungeon crawler with a companion app that fits in a deck box."

"Each player builds their adventurer by selecting a character card, equipment card, and special abilities card. Builds can range from a standard stealthy rogue with daggers, to a mage that wields a greatsword. Players must work together to slay monsters, complete encounters, and achieve the goal of their quest. Each quest has a different goal, from escorting a priest to complete a ritual to killing a giant troll that has been terrorizing a nearby town. The required companion app handles the quests and encounters allowing for quick setup times and streamlined gameplay. Random encounters and quest generation provides variety and replayability even when playing the same adventures. Using an app also allows for gameplay to be re-balanced and additional new content to be added after release."

For more information, check out http://www.deckboxdungeons.com/

For the Kickstarter, go to https://www.kickstarter.com/projects/ariahstudios/deck-box-dungeons 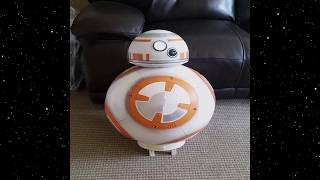